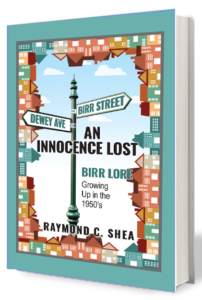 Many who have lived through the 1950s refer to it as one of America’s “Golden Eras”, similar to the “Roaring Twenties”. Both decades began shortly after a World War had ended. Both saw America full of confidence and hubris. And both were times of unbridled prosperity, when a burgeoning war-producing machine was converted into an engine for consumer consumption.

But was the magic of the decade more myth than reality? Were times quite as simple as they seemed. The radio was largely replaced by the television and with it a whole new consumer mentality, and the money to support it, came into play. Private home ownership and a move to the suburbs fueled a buying frenzy. The terms “keeping up with the Joneses” and “Madison Avenue”, first coined in the Roaring Twenties, took on a whole new meaning in the 1950’s when a strong segment of the American economy, the mushrooming “middle-class”, took the reins. But this was also the decade when best-selling book The Ugly American was published.

Look inside and you be the judge. Was this a golden era or a gilded one?