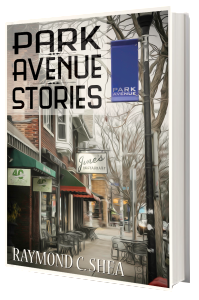 Every city has its trendy or bohemian districts. New York City has Soho and the Village, San Francisco has Haight-Ashbury and Hayes Valley and Boston has Back Bay and Cambridge. Though much smaller in size, legions of young professionals and students in Rochester, New York have long made a pilgrimage to the city’s Park Avenue district to live, dine, and hang out. And over the years, Park Avenue has developed a cultural identity of its own, as well as many fascinating stories about past residents and events. The Park Avenue Stories chronicle some of the colorful stories and people of this district and leaves readers trying to pinpoint locations and places that are thinly veiled throughout the stories.