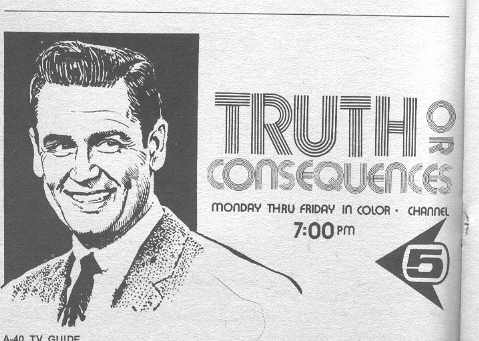 A young student stands behind his parents and smirks as they tell the principal that their child would never strike another student. When shown the security tape evidence, the parents subsequently respond that their child must have been provoked.

A homeowner witnesses a teenager breaking a neighbor’s window. When the child is confronted in front of his father, he claims he didn’t do it. Despite the adult eye-witness testimony the father exclaims, “If my son says he didn’t do it, he didn’t do it!”

A teacher disciplines a student for being disruptive in class. The parents respond by criticizing the teacher for not providing a stimulating learning environment.

A DWI results in a traffic fatality. In court the defense attempts to diminish the defendant’s culpability by painting a picture of the defendant as a victim of a lousy childhood.

The message sent by the above scenarios is always the same – “It’s not my fault; someone (or something) else is to blame”. And if someone else is always to blame, what of consequences and responsibilities?

Was there not a time when actions or deeds were coupled with the corresponding consequences, a time when people owned up to their mistakes? Psychiatrist Elisabeth Kubler-Ross proclaimed: “I believe that we are solely responsible for our choices, and we have to accept the consequences of every deed, word, and thought throughout our lifetime.” If acknowledging consequences is an important life lesson, necessary for proper maturation and citizenship and wisdom, then what lesson is taught by shielding people from the consequences of their actions? If children continuously get away with improper behavior, then how will they ever become responsible adults? And if adults blame their childhood as the reason for their inappropriate life choices, then haven’t we created a vicious cycle with no end in sight?

People love to talk about freedom. What they are really talking about is their perceived “rights”. What they don’t like to talk about so much is their responsibilities. But with every right comes a commensurate responsibility. As Oliver Wendell Holmes once said, “Your right to swing your fist ends where the other man’s nose begins.”

In his seminal work, Escape from Freedom, Erich Fromm argues that freedom is a scary thing. Why? Because with freedom comes the responsibility to look out for oneself; that is, be responsible for oneself. And that can be quite frightening, if you haven’t had practice. For many people highly regimented or structured environments are not that bad (prisons, military, restrictive societies, religions, etc.) because their choices are controlled and they always know exactly what’s expected of them. Choices are limited, but so too are consequences.

In high school my classmates and I were frequently given “whacks” for our misbehavior. In grammar school it was a ruler across the knuckles. There was an unspoken rule among my colleagues: don’t ever tell your parents that you got a whack by a priest at school because, if you did, you knew you would get it twice as bad when you got home. Amazingly, a high percentage of my classmates went on to be lawyers and judges, doctors, accountants, and other professionals, and I’ve never heard a single report of anyone ending up in jail.

Human beings have been given free will. Another way of saying that is you can do anything you want to do in life… as long as you are willing to pay the consequences. And that concept pretty much rules out the coddling, shielding, enabling, overprotecting, and cossetting of the individual. John Wayne might put it this way: “Take it like a man, pilgrim; sit up and take your medicine!” Getting a whack in high school was sort of a badge of honor; you became part of a great, long tradition of “whackees” and you showed you could, indeed, take it like a man.

Do you see this as a societal problem?