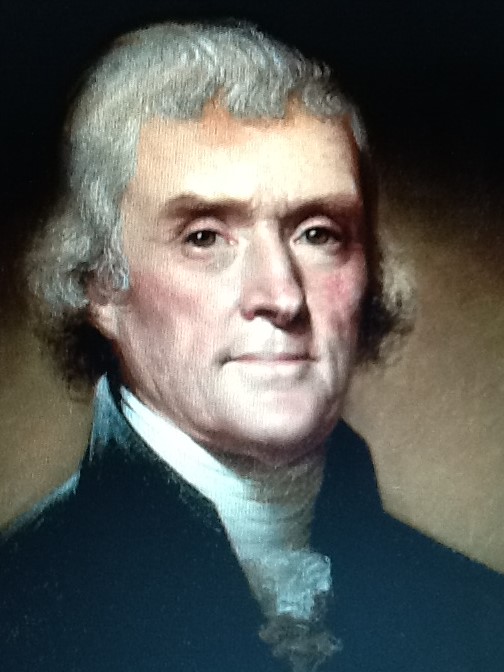 A concentration on the second point above is as much a study in psychology as it is a study of history. There is no doubt that the Constitution owes a great debt to so many worldly scholars who came before it and from whom the founding fathers gained valuable insights into how to form “a more perfect union”. Perhaps the two thinkers who best blended history with psychology were Englishmen John Locke and Thomas Hobbes. Their ideas regarding the human spirit have often been contrasted with each other like two men sitting at opposite ends of a chess board. In a gross generalization, it can be said that Locke believed that people were by nature good and could be trusted to govern themselves, whereas Hobbes believed that people were wicked, selfish, and cruel and could not be trusted with their own governance. Accordingly, Locke believed the purpose of government was to protect individual rights and liberties, whereas Hobbes believed the purpose of government was to maintain law and order.

Does any of this sound familiar? Could we be talking about the basis of political debate in 2016? Are these belief systems still the underpinnings of our current laws, regulations, and campaign platforms? Perhaps, but to be wise, we need to dig a bit deeper.

Another cornerstone of a uniquely American ethos is “rugged individualism”. It takes its highest form with the American cowboy (with Davey Crockett and Daniel Boone thrown in for good measure). Cowboys, with their personal code of self-reliance, are often the benchmark against which we Americans measure all other forms of human endeavor. But cowboy-ism was only a blip on our historical radar screen if we factor in that our nation, in some form or another, has been around for about five hundred years. By all accounts, cowboys as pictured in hundreds of western movies, only existed for about fifty years (one-tenth of our national heritage). That’s right; John Wayne and Clint Eastwood did all their roaming of the west from about 1845 to 1895. After that, railroads pretty much took over the job of wrangling cattle.

When left alone out on the prairie, with lots of space in between them, noble John and noble Clint operated just fine. But put a bunch of these rugged individuals together in a town or on contested range land and things got dicey pretty quickly. James Madison, probably the most influential founding father when it came to crafting the Constitution, particularly mistrusted people en masse. He wrote that groups are easily mislead and often violent, as people acquire “firmness and confidence” when they act in groups. Consider the lynch mob. In contrast, Alexander Hamilton wrote “how often the great interests of society are sacrificed to the vanity, to the conceit, and to the obstinacy of individuals”. Hobbes and Locke redux (or perhaps Sanders and Trump).

Often called the greatest fighting force in history, United States Marine recruits spend thirteen weeks in basic training having rugged individualism beat out of them. They are taught that their duty is to their fellow soldiers, their unit, their country, their God, and the Corps. Rugged individuals are quickly sent home.

No one wants to live in a Mad Max world where the only right is individual might, nor does anyone want to go back to living in a Puritanical village where if you stray from the community norms you are shunned, pilloried, or worse. As in all things, if people seeks balance in their political views they are likely to find a more harmonious outcome. That is, we certainly need to fend for ourselves, but we also need to look out for the welfare of our neighbors. How ironic it is that we often find supposedly rugged individuals clamoring to be part of a like-minded society of people, as in motorcycle gangs, the Ku Klux Klan, or the Mafia. People seem to want it both ways: eat their cake and have it too. Indeed we need to be true to ourselves, but we also need to be friends to our brethren, all of them, if we are going to succeed as a nation.

Above all, we need, to the best of our ability, to educate ourselves. A well-informed populace is the best constraint against demagoguery or despotism. Well-informed means being enlightened enough to view criticism as constructive and opposing viewpoints as opportunities for personal growth. We have to think for ourselves and not allow bumper stickers and sound bites to dictate our opinions on issues of societal importance. Bumper stickers philosophies are easy; they take no original thinking or self-reflection; just do what your buddies tell you to do. Thinking for ourselves, on the other hand, takes time, study, research, and effort. We must dedicate ourselves to that task in every debate, regarding every opinion, and in every decision where balance and fair play presents itself. The alternatives are anarchy or tyranny and the dissolution of all the “truths we hold to be self-evident.” James Madison studied  myriad political philosophies for years before he came to an understanding of what it would take to write a lasting Constitution. He didn’t just proceed on a whim or for reasons that simply served his self-interest. Just as all our founding fathers discovered, nation building is not a task for the weak of heart. It isn’t easy; you’ve got to really want it. Sadly (and perhaps tragically) many Americans will likely spend  more time researching and selecting their next cellphone or automobile than they will selecting their next president.

The founding fathers did not take a United States of America for granted; perhaps, fatalistically, most Americans now do.

“Men often oppose a thing merely because they have had no agency in planning it, or because it may have been planned by those they dislike. Opposition then becomes, in their estimation, an indispensable duty. They seem to think themselves bound in honor, and by all the motives of personal infallibility, to defeat the success of what has been resolved upon contrary to their sentiments.” Alexander Hamilton

How do you suggest we strengthen our nation’s politics?