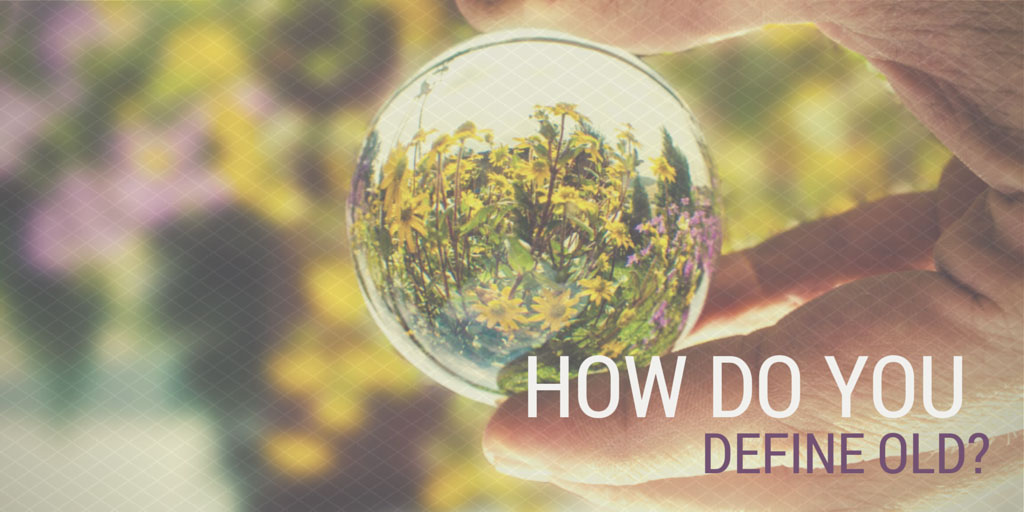 My best friend, Bruce, was born to his parents late in life. His father, Howard, was forty-nine when Bruce came along. Howard was an agreeable enough man, but he had little understanding of us wild youngsters reared in the 60’s. A Teutonic German, the few conversations I can remember with him were brief and to the point. No chit-chat about my young life, no casual banter; like Dragnet’s Sgt. Joe Friday, it was “just the facts, ma’am, just the facts”. But then, when you’re almost seventy when your youngest graduates from high school, I guess you haven’t got a lot of time for more than “just the facts”.

It came as quite a surprise then, when at age ninety-one, Howard took me aside and asked, “What happened to me? I was just a young man yesterday”. He wanted to talk, and perhaps sensing the end of his tether, began baring his soul. Obviously he had been contemplating his  passing life and what he felt in his heart, as opposed to what he saw in the mirror, just didn’t add up.

Nor does it for most of us.

Like Peter Pan, we’ve all hummed the tune I’ll Never Grow Up from time to time. A few of us have sung it out loud. Some have even belted it from the rooftops. “I’ll never grow up, not me”; surely that’s for the other guys. Well, Tinker Bell, that’s not the case. Nobody painted on those crow’s feet and liver spots while you were sleeping. You proudly earned them through many years of good, hard living. Get used to it. And there are many more such insults to come. Alas, as my Irish grandmother used to say, “There’s nothing golden about the Golden Years.

Soon Baby Boomers will be approaching the Golden Years in droves; 74.8 million of them in the United States alone. With them will come a whole new perspective on what it means to be old. My father, a pre-Boomer, was in many ways old by the time he was forty. He wasn’t chronologically old, just mentally old, as the vast majority of his contemporaries were. When at the beach or at a picnic, he would spread out a blanket and nap or sit in a folding chair reading his paper until the fried chicken was served. After thirty, my father never rode a bike, went ice skating, played catch, or went for a dip in the ocean, except to get his toes wet. And he wasn’t all that unusual for a blue-collar dad. I cannot remember a single one of my friend’s fathers doing any of those things either. Oh, they certainly worked hard, but at the end of the day their feet went up on hassocks and there they stayed until it was time for bed. Like the Boiling Frog Syndrome, their youthfulness and playfulness slowly and imperceptibly atrophied.

By contrast, I climbed my first 14,000 foot peak in the Rockies at thirty-five, competed in the Empire State Olympics at thirty-seven, and didn’t begin roller-blading or kayaking until well into my forties. Last year at a family picnic, at age sixty-four, I played soccer with my grandchildren and then, later in the day, ran football pass patterns with my son-in-law on a sandy beach. Again, not all that unusual for a Boomer dad. But then, I suppose it was a Jack LaLanne-ish Boomer who coined the phrase “60 is the new 40”.

This isn’t a rap on the pre-Boomers, the Greatest Generation. They came back from World War II and rebuilt a nation. They earned their well-deserved rest. It’s just that their minds were probably better adjusted to aging by the time they actually became old. It wasn’t such a shock to their psyches, as it may be for Boomers. After all, they didn’t have to spend their older years inundated by Viagra commercials and arthritis remedy advertisements and Just For Men and OurTime dating services for people over fifty. I mean, come on; who ever thought about after-fifty dating back in the 50s and 60s. Certainly not Fred MacMurry from My Three Sons. Back then, like in Father Knows Best, popular culture still somewhat valued, if not revered, the wisdom of age. The youth ethos of today simply hadn’t taken hold yet.

Boomers have great opportunities and great challenges. How we balance the two will define our generation. We can healthfully and happily pretend that age is indeed just a state of mind and “keep on truckin’ until only our bodies let us down. We can also gracefully take our place in the pantheon of wisdom-givers that each next generation needs to guide them through life’s ups and downs. But whatever we do, we must keep our equilibrium intact because it is only with such symmetry that we can achieve a harmonious life’s outcome.

There’s no mistaking, my dad was a great father. I would have loved just once, however, to have heard him say, “Son, would you like to have a catch?” Let’s be sure to never stop having a catch, okay?

How do you define old?

One thought on “Aging in Style”