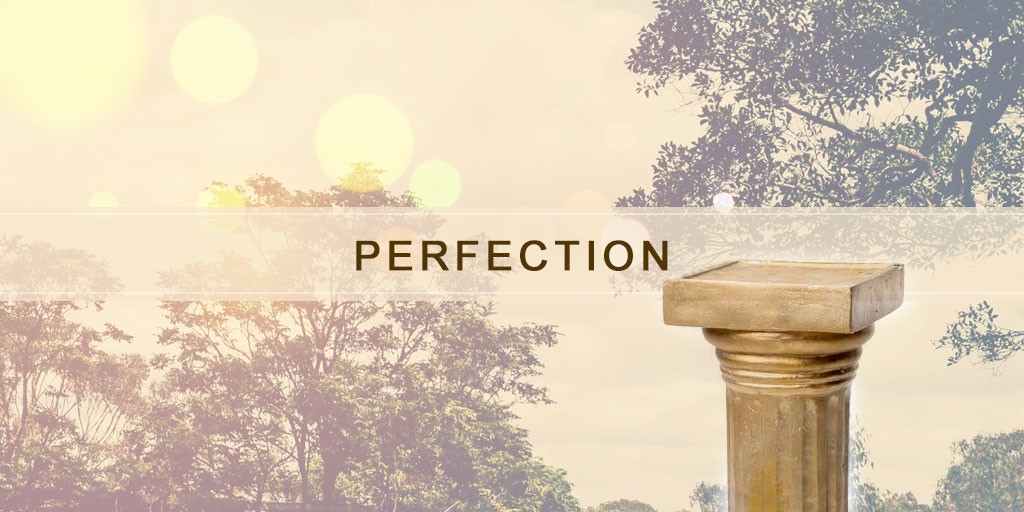 When we are discontent with the current state of affairs, as in politics or the price of gasoline, we often pine for the good old days, as if old society was somehow better than our own. Reflecting on the current behavior of today’s teens, a songwriter once penned the tune Kids: ♪♪ “Why can’t they be like we were, perfect in every way; what’s the matter with kids today?” ♪♪. The United States has often been idealized to people around the globe who live in poverty, tyranny, or war. They’re told “the streets are paved with gold” in America. And yet, at the same time, there are Americans who say, “This country is going to the dogs; I wish I could live in Switzerland or Canada or the Bahamas.” And so it goes, whether its fashions or popular music or the toughness of our young adults (“we used to walk to school in five feet of snow – uphill, both ways,”), we are prone to form some idealized state of being in our minds, contrast it with our current situation, and long for the alternative.

Referring to humans, to idealize is to envision or represent a person in an ideal form or character; to exalt him or her to an ideal picture of perfection or excellence. President John Kennedy has long been idealized (Camelot), but on a personal level he was far from it. He was an inspirational President, but he certainly had his flaws. Clark Gable (Rhett Butler) has often been idealized as a heart-throb, but all his co-stars said he had terribly bad breath. Babe Ruth is often considered the best player to ever wear the pinstripes, but off the field he was a drunk and a bully. Even St. Peter, when confronted by the soldiers who took Jesus to his crucifixion, denied knowing Jesus out of fear and weakness of character.

When it comes to romance and marriage, idealization often reaches its zenith. A young girl tells her friend, “I just met the man of my dreams; he’s perfect.” Yet two months later they may not even be together anymore. How is it that this “knight in shining armor” (perfect mate) has fallen off his white charger? Well, it happens all the time; if we’d allow ourselves, it’s really not all that hard to fathom, The fact is, it’s not only tough to be perfect, it’s darn right impossible. We just don’t want to admit it. The problem comes when idealization is part of the mental recipe that we concoct to justify something as serious as marriage or a long-term relationship; when idealization goes sour so does the marriage. One of the first ingredients in the idealization recipe, good looks, should alert us to the fact that the recipe is bound to fail – people get older and lose their youthful good looks. But men, and some women, often throw over their spouses (and thirty years of marriage) for a younger and more attractive model, thinking that the original recipe must have been inherently flawed, or worse, that their mate has let them down or deceived them. To compound the problem, there’s the concept of entitlement. Some people feel that, for some reason, they are entitled to their perfect mate, someone who magically doesn’t age, supernaturally knows all their whims and desires, and mystically adjusts their behavior to match the mood or predisposition of their spouse.

Scott Peck, in his work The Road Less Traveled starts the book with a three word sentence: Life is difficult. He goes on to say:

Most do not fully see this truth that life is difficult. Instead they moan more or less incessantly, noisily or subtly, about the enormity of their problems, their burdens, and their difficulties as if life were generally easy, as if life should be easy. They voice their belief…that their difficulties represent a unique kind of affliction that should not be and that has somehow been visited upon them… and not upon others.”

We need to be honest with ourselves, and with all others who come within our orbit, as to whether we can accept less than the ideal. If we only give “life is difficult” lip-service, then we are likely to spend the rest of our days trying to manipulate the less than perfect world (or mate) into serving our idealized needs and desires, and in that act, live a life of dishonesty and duplicity.

In the movie, The Time Machine, the youthful and flaxen-haired Eloi lived idle, hardship-free lives above ground, frolicking as if they had a right to an idyllic life. Their personal denial was only a veneer that hid the ugly existence of the deadly Morlocks living below. If they had only accepted life, with all its warts and worries, their existence would have been more honest and productive. Idealization is a similar veneer; the sooner we disavow it, the sooner we can get on with a meaningful life.

Time and again, history has placed people on pedestals only to harshly criticize them when they fall off. They say their hero has “feet of clay”. We are surprised and treat them like they’d stepped in manure. Perhaps if we accepted their feet of clay in the first place we’d go easier on ourselves (and mates) when we step in it too.

How do we avoid the pitfalls of idealization?